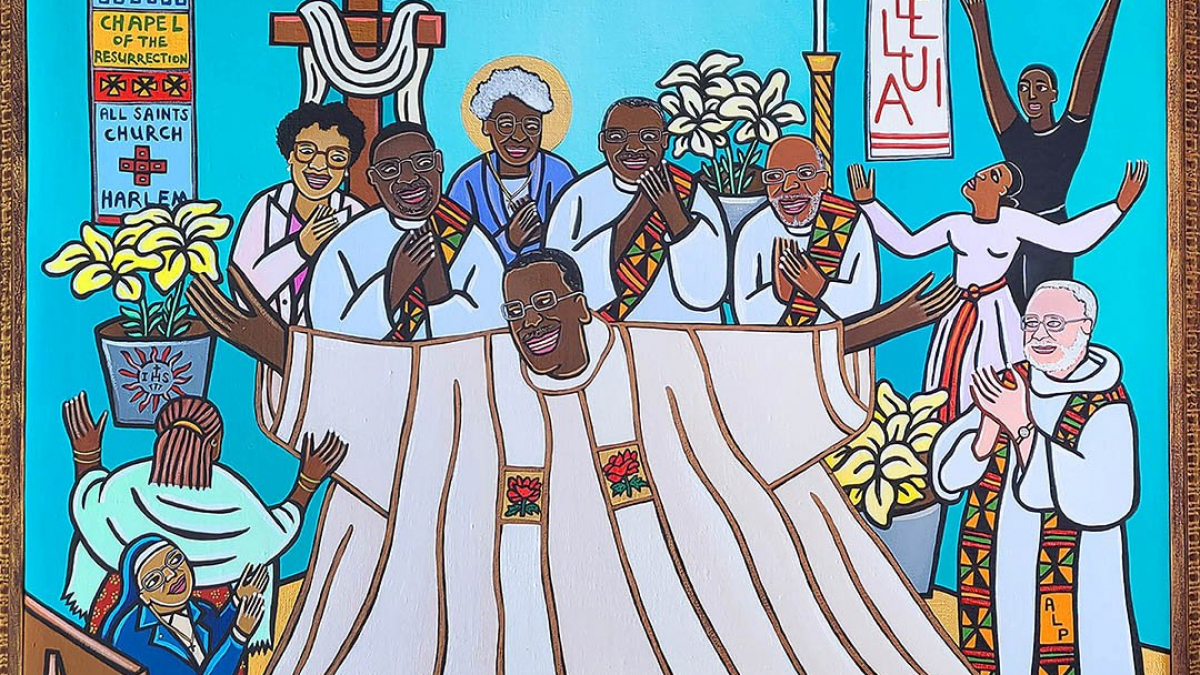 Laura James was walking through her neighborhood in Bed-Stuy when she spotted a book about Ethiopian Christian art in a store window. “Hey, I could do that,” she thought to herself, and she picked up a paintbrush. It turns out, she was right. She sold her first painting within the year.

This sense of fearless exuberance is on full display in her current exhibition “Black is Blessed: The Art of Laura James” at The Sheen Center for Thought and Culture. The exhibition is a retrospective of James’s religious work, which draws from the Ethiopian Christian tradition and features biblical scenes with an emphasis on representation and inclusion.

I met Laura James outside the Sheen Center in New York’s Greenwich Village on a rainy Friday morning in February. She was carrying a coffee and a breakfast sandwich, bundled up against the cold in a gray coat. The ground was beginning to ice over and we admitted, somewhat sheepishly, that we had both considered rescheduling. As she led me into the tiny gallery, the shock of vibrant color and movement gave me a momentary sense of vertigo. I had to catch my breath before focusing on the canvas in front of me.

In “Called By Name,” Mary Magdalene, wearing bright orange, stands in front of a green hill. Angels in deep blue robes watch from the tomb as Christ and Mary laugh together on the road. She has just learned of his resurrection, and their joy is palpable. They are two friends separated by tragedy and reunited by grace. They are also both Black, as are all the figures in James’s art.

We took a seat on a bench and spoke about the artist’s work, her faith and her mission.

Below is an edited version of our conversation.